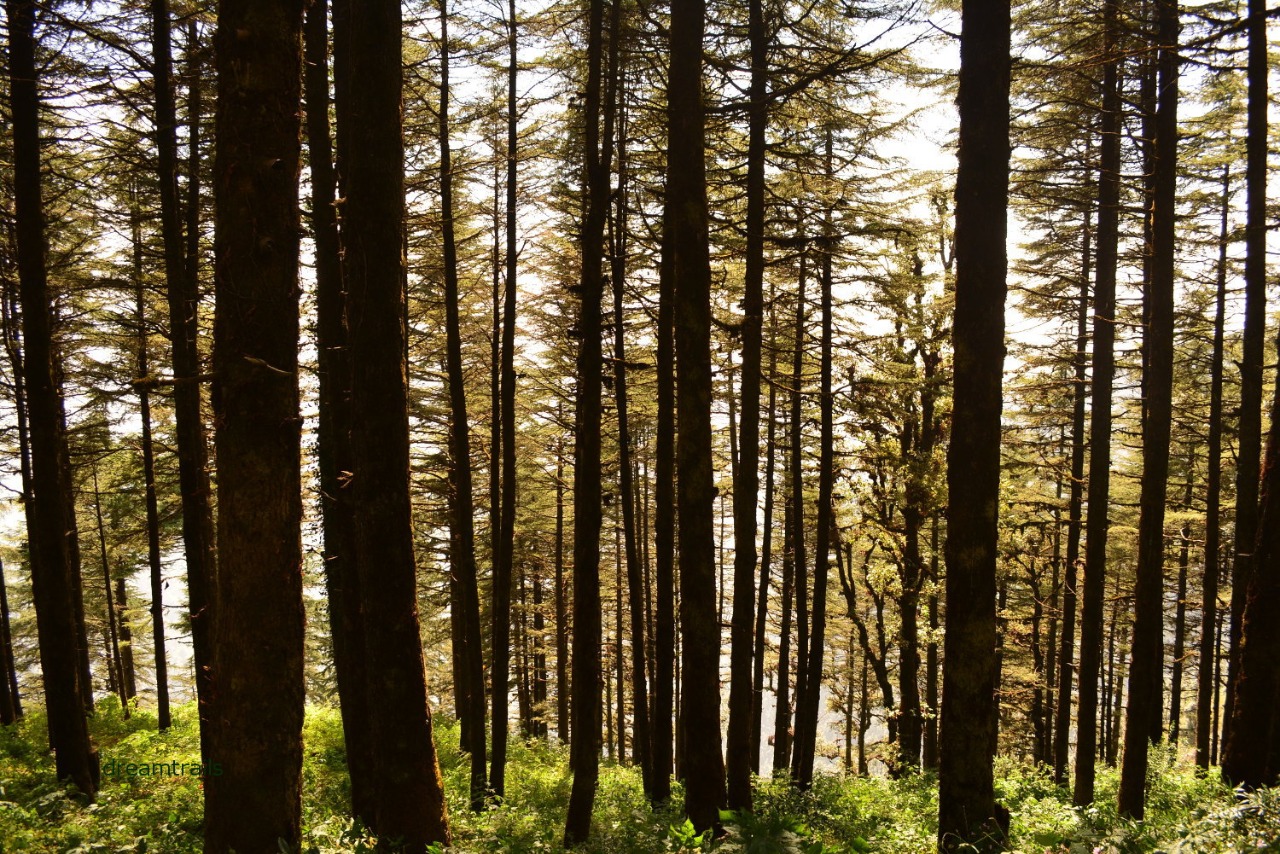 Some people get confuse by the name ‘Kanatal’. They think kanatal is near to nainital, but that’s not true. Kanatal is actually near to mussoorie.Lets take a look at another beauty which is less commercialized but no less than beauty of famous hill stations in north india.

Yes geographically kanatal is near to mussoorie, which is approx. 35 kms. And within 01 hour of drive you will reach completely away from chaos of mussoorie. There is no doubt, if we call kanatal & dhanaulti a best offbeat destination from Delhi. It hardly takes 7-9 hours from Delhi. And you can reach kanatal via rishikesh or via mussoorie. We advise everyone to take Rishikesh route, because the road conditions are much better through Rishikesh, especially in winters & monsoon.

Lets discuss, what we can experience in kanatal & Dhanaulti.

Things To Do In Kanatal & Dhanaulti:-

Once you reach the top, you will experience the best 360 degree view of snow mountains.

While coming back you can take stair route.

Kanatal is emerging as the adventure tourist destination near Dhanaulti & Mussoorie. one can experience Sky Bridge in Kanatal which is approx 300 ft long & at 80 ft height. Secondly Dhanaulti camps & kanatal camps offer Valley crossing , Zip swing, Rock climibing, Jungle Safari, Trekking and lots more. At kanatal heights, You will experience all these adventure activies nearby. That’s Way we recommend Kanatal Heights as must places to visit in Dhanaulti & Kanatal.

Yes you heared it right. Kanatal Offers Lake experience also. This lake is one of the biggest lakes in uttrakhand and offers many water sports like boat ride, jet ski , banana ride , speed boat and many more. This place is one of the best places to explore near to kanatal. Tehri lake is around  35 kms from Kanatal. This lake is situated on Tehri Dam.

Dhanaulti is around 10 kms from Kanatal & famous for Dhanaulti eco park. This park is well managed by authorities. You will not regret exploring the park. On top of park there is a beautiful view of mountains, where you can spend some time

Chamba is a nearest market from kanatal. It is around 16 kms from kanatal . If you are interested in exploring local markets , then you are going to love chamba markets. It’s a bit over crowded market, because of only market option for nearby villages, but you will love the culture of chamba market.

One of the gutsy voyagers has a go at rappelling in Kanatal.The rough outcrops and regular sloping precipices of Kanatal are ideal for normal stone climbing and rappelling. Assuming you are arranging an excursion with a companion or a corporate trip, these exercises in Kanatal are extraordinary tomfoolery. Additionally, you can get weighty limits as these exhilarating exercises are generally coordinated by private camp coordinators and are presented as a component of the bundle. It is one of the top Kanatal activities.

Kanatal Heights has amazing picturesque valleys, valley crossing is one of the most exhilarating things to do in Kanatal. A popular tourist attraction, this rope activity actually requires a lot of patience and physical fitness. However, it is performed under professional guidance. Valley crossing involves crossing an 80 ft deep valley by pulling a rope. If you are a first timer, go for a shorter distance crossing. Charges: INR 200 per person for 15 – 20 minutes activity.

The rocky outcrops and natural hilly cliffs of Kanatal Heights are perfect for natural rock climbing or rappelling. If you are planning a trip with a friend or a corporate outing, these activities in Kanatal are great fun. Also, you can get heavy discounts as these thrilling activities are mostly organized by Kanatal Heights are offered as part of the package. Charges: INR 200 per person for 15 – 20 minutes activity.

Jungle Safari – Explore The Wild Side of Kanatal

If you are still wondering about what wild adventure to do in Kanatal, then Safari in Kodia jungle and spotting wildlife are among the most exciting things to do in Kanatal. The Kodia forest range from Swarg Yogini to Neelkanth has amazing thick plush green vegetation and is known for its rich flora and fauna. In the forest, you can spot numerous rare bird species and animals like musk deer, wild boar, and nilgai, and barking deer. Be prepared to capture them in your camera, along with clicks of the most photogenic scenic splendors in Kanatal. Charges: INR 2500 per person for a 2-hour jungle safari in a jeep